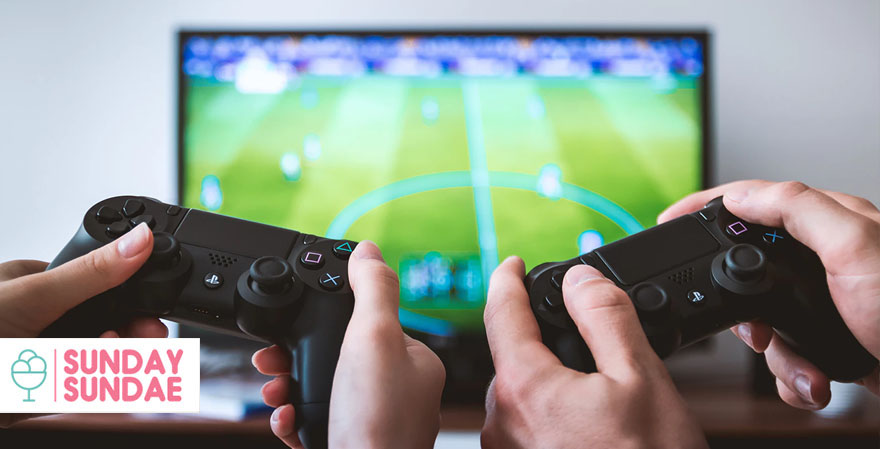 Something I’ve struggled with recently is finding a game I can play with my better half.

Especially these days when couch multiplayers seem to be dying out in favor of online play.

So are there any good games for couples out there?

I will list some games that my wife and I found entertaining for both of us, hopefully this can help you out as well if you are looking for something to pick up.

For the best deals (usually) on games, head over to CDKEYS.COM

I’ve bought 90% of my games over there the last couple of years, I find it’s always cheaper than buying directly through Steam or the PS/XBOX store. 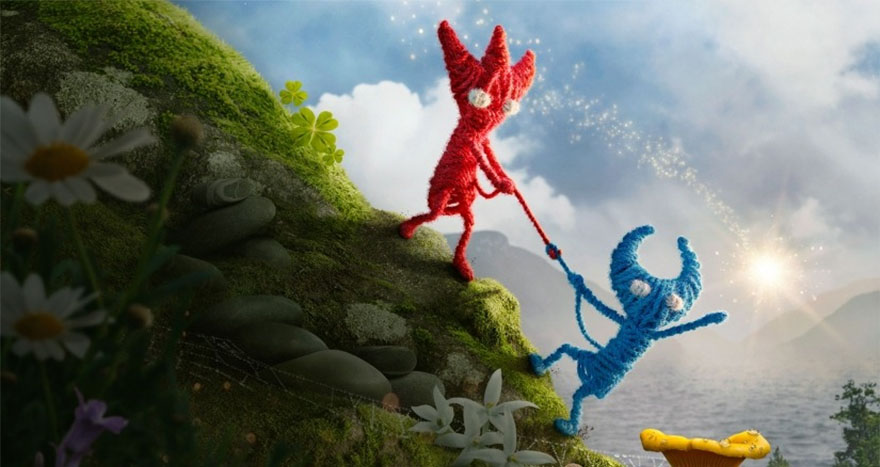 We just picked this game up on the PS4 and are thoroughly enjoying it!

It’s like the first unravel ,only now you have two yarn characters which are connected via a yarn string.

This leads to some really interesting co-op dynamics as you need to solve puzzles together.

You can help each other up ledges and other obstacles by pulling the other up with the yarn etc.

It also looks great and has a nice cozy feeling to it. Definitely recommend as a “before bed” game. 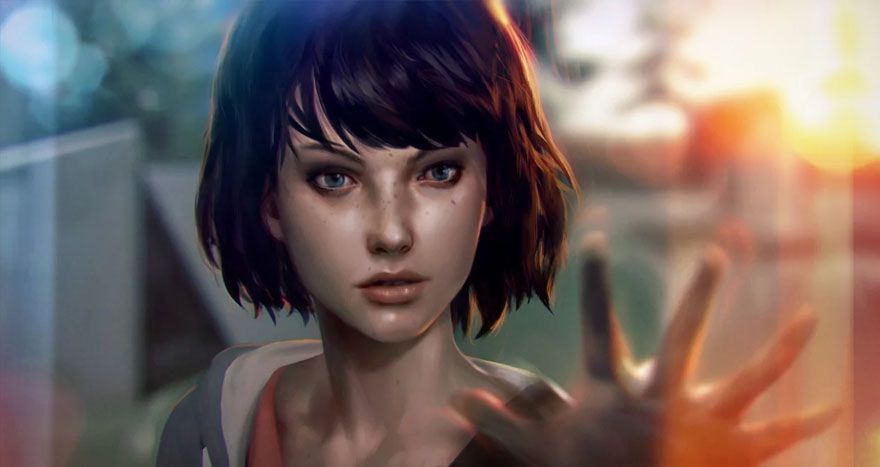 Not released yet but definitely on our watch list.

It is a single player game, but very friendly to take turns and just watch as the other plays as it’s almost like a movie.

We played the first installment and enjoyed it a lot!

Life is Strange 2 will feature a whole new plot and characters from the previous title, so even if you haven’t played that, you can pick this up. 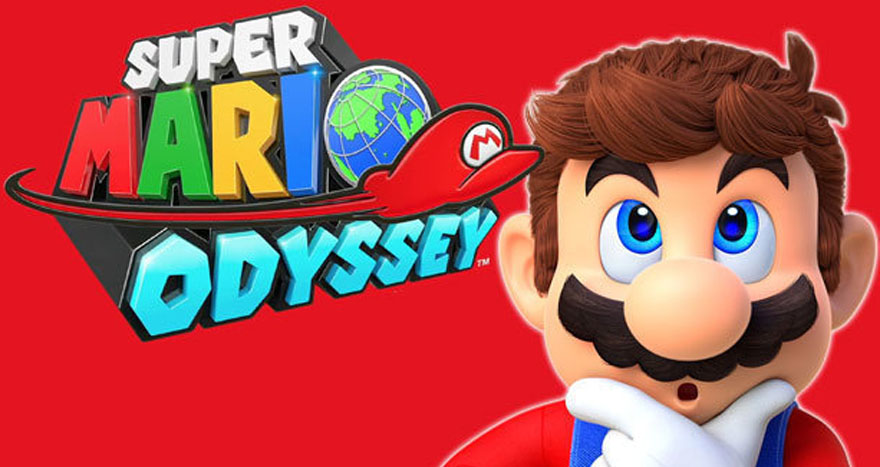 If you ever played Mario 64 and are wondering when we’ll see a title like that again. Wonder no more.

Ok, nothing will beat Mario 64, it was one of the most innovative games of all time.

But it’s clear that Nintendo designed Mario Odyssey in memory of Mario 64.

It features a collection of open world kingdoms for you to explore on your quest to free Princess Peach from Bowser (again).

The world is beautifully crafted, with exceptional level design as with pretty much all other Mario games.

Mario Odyssey also features a co-op mode, which is why it is on this list.

A second player can take control of Mario’s cap, Cappy, which plays an essential part of this game when solving puzzles and defeating enemies.

It might sound like a bad idea to have one player control Cappy but it works really really well. It also makes it fun to take turns controlling Mario and Cappy as it keeps the gameplay varied. 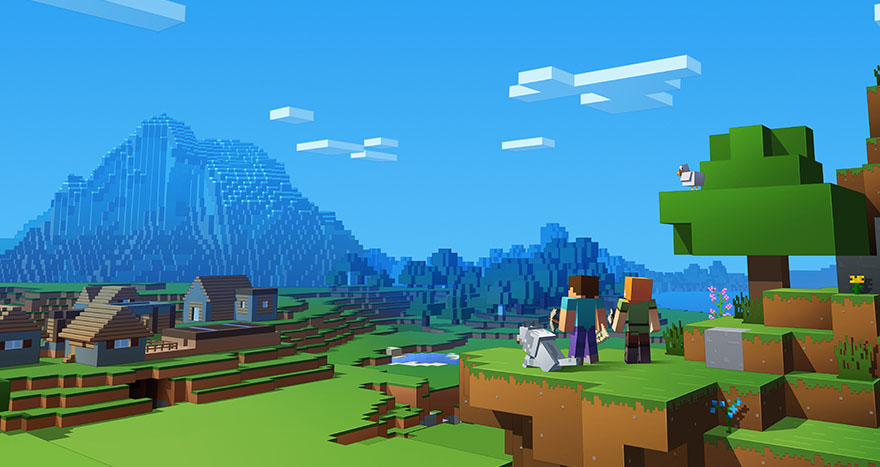 If you’ve been living under a rock, you probably still know about Minecraft.

But if for some reason you’ve missed out on this adventure. I highly recommend embarking with your loved one on this open world, sandbox, building game.

I will admit, at first I didn’t understand what the rave was about. But since it’s free on PC, we decided to give it a go.

After the first night of digging a hole in a mountain to hide from the block monsters that come out at night. We were hooked.

Trying to make the most out of the daylight to build a house for ourselves where we could hide from the night terrors.

Spending the nights down in our dug out mine to collect resources, building mine cart tracks to speed up material extraction.

Running around putting up torches to keep the bad guys away. Farming to keep our food supply up.

It’s great, and 10 times better when you play with someone. 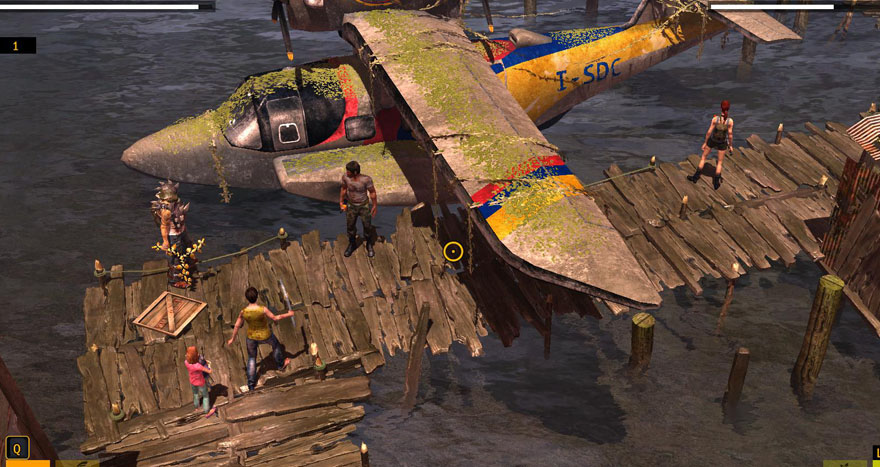 One of the best co-op experiences my wife and I had together.

You start off on an island, shipwrecked, with zombies :S

Starting off you have to scavange for supplies, build home made weapons and ultimately get off the island and to safety.

I don’t know if it would be as fun to play alone, as I haven’t tried. But as co-op, it’s one of the best.

Definitely don’t miss out on this.

Warning: How to Survive 2 was released, we could not wait to try it. After an hour we gave up because it had lost all it’s charm from the first installment.

Play the first one, and then try the second but definitely do not start with the second game.

Zelda – Breath of the Wild 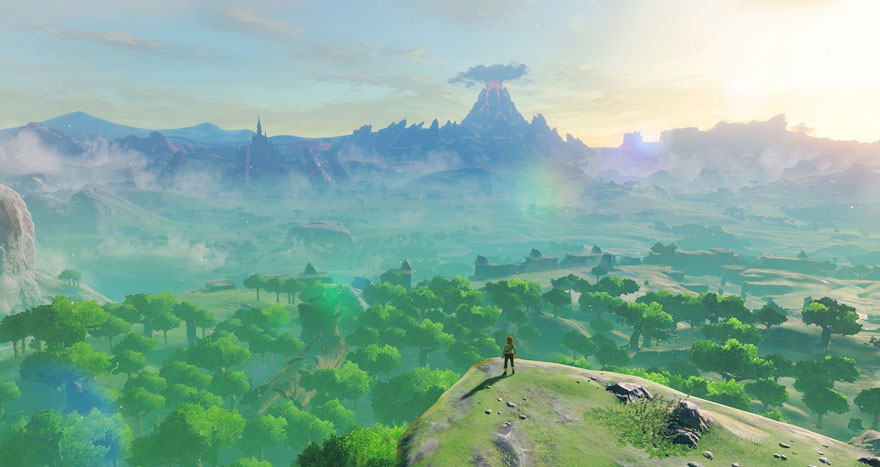 Another single player but absolutely fantastic game to take turns with.

It’s the best Zelda game since “A Link to the Past” for the Super Nintendo.

We loved playing it in the evenings, exploring the vast world of Hyrule.

It has so much content, so many things to do and it’s huge. We bought the Switch only to play this game, and it was worth it. 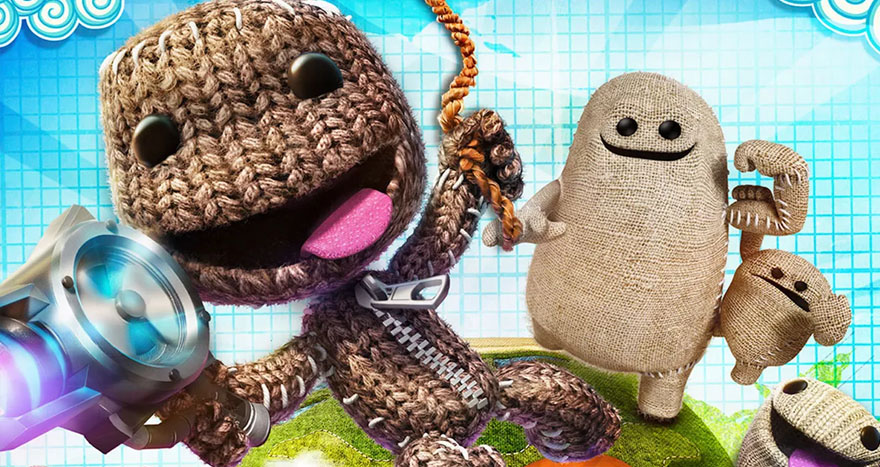 We played LBP 3 on the PS4 which was, unfortunately a bit short. But very memorable.

It is one of the most fun couch co-ops out there and needs to be played. 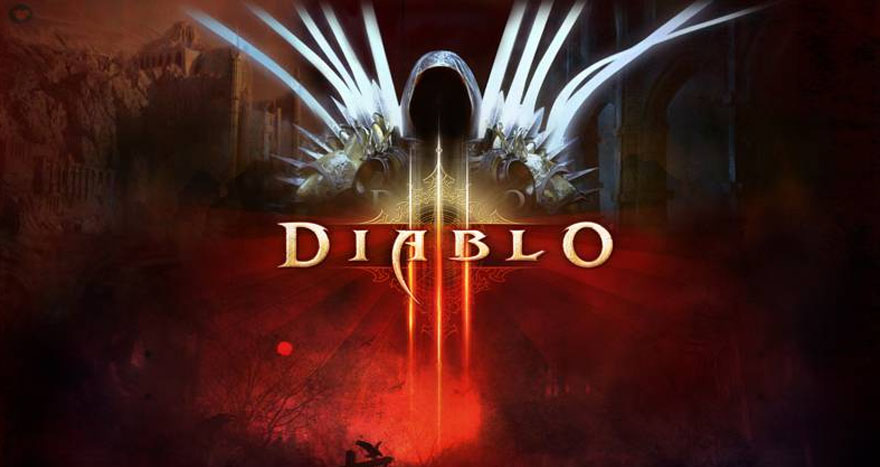 While not entirely new anymore, Diablo 3 still deserves a spot on this list.

My wife and I played it on the PS4, which I highly recommend. Of course you could play on two computers as well.

But as a couple’s thing, I would definitely suggest playing it on console as you will be sharing the same screen.

If you are into fantasy games this will be a great experience. Especially if one player chooses a melee class to hold off the enemies while the other is a caster / ranged type of character, standing behind nuking the enemies. 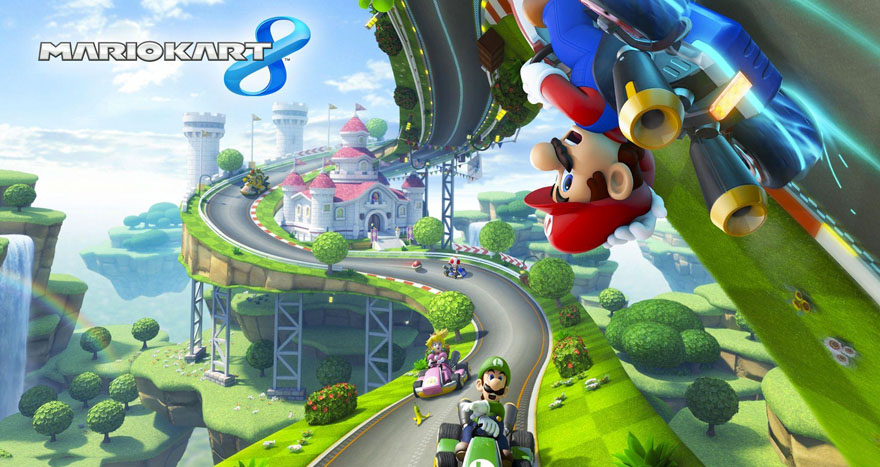 Do I need to say more?

I used to go over to my friends house to play Mario Kart on the N64, I don’t know how many hours we put on that game. But probably more than I sunk into WoW.

Returning on the Switch, it’s just as fun, just as good, better graphics and awesome.

Although it can get quite competitive, it’s a blast and one of the best Video Game experiences out there.

It really embraces the fun we remember in the 16 bit era – pure, fun gameplay. 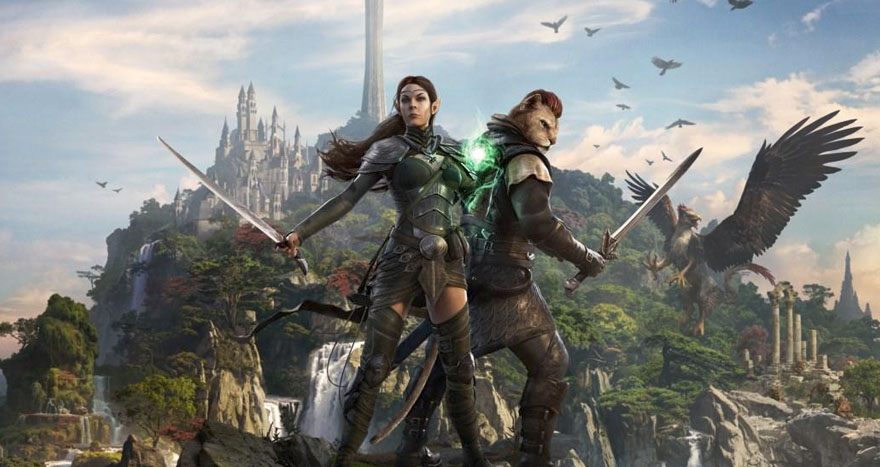 If you are trying to convince your partner into gaming, this might not be the title to start with.

But if you both play games then this might be excellent to pick up.

My wife and I started playing this 3 months ago and probably have 2 months logged game time.

Needless to say, this can be a time sink. But oh man is it great!

Create a character each and embark on the many adventures of Tamriel together.

From fighting other players in Cyrodiil to claim emperorship, to delving into dungeons together to claim achievements and get better gear.

The game starts off very easy, getting you used to the many features and hooks to the game.

As you progress there is increasingly difficult content. We spent 4 hours trying to kill a boss last night and finally got it, the satisfaction was immense.

The nice thing is that there is something for everyone in ESO, if you don’t like a challenge there is certainly enough to keep you playing for months.

If you are into some really challenging stuff that will keep you on the edge of your seat, there is tons of that as well.

The community on average is also surprisingly pleasant, loads of helpful people who are happy to explain the game and help you out.

Of course you get the odd ball who likes to blow off steam by stating how much of a noob you are, but it’s very rare, which is a huge plus.

They have “Try for free” periods on a regular basis so if you are not ready to pull the trigger, keep an eye out on their News page for the next free trial period.

If you have great game you’ve played with your better half, we’d love to hear about it! Drop a comment below 🙂