What’s so great with small indie developers is that they generally tend to post their progress quite frequently.

I love seeing new GIF/image updates from indie game projects on twitter, reddit, etc. It can be a great source of inspiration but also for learning. I find that other developers are more than happy to help you out if you reach out to them.

9 times out of 10 you get a robust reply with tons of good information.

This is invaluable in the Game Dev community, this non competitive spirit is exactly what we need to keep going, help each other out and look out for each other.

Here are a few projects I follow myself that you might want to take a look at as well!

Let’s kick off with Lonely Mountains Downhill from Megagon Industries.

Beautifully crafted in a low poly art style – this game certainly has character, there are a lot of low poly games out there, but this one caught my eye right away the first time I saw it.

The best part is that they have a free demo you can try! Check it out here: Lonely Mountains Downhill Demo

I loved the demo, it feels polished, it’s fun, just the right level of difficulty, and of course looks gorgeous. 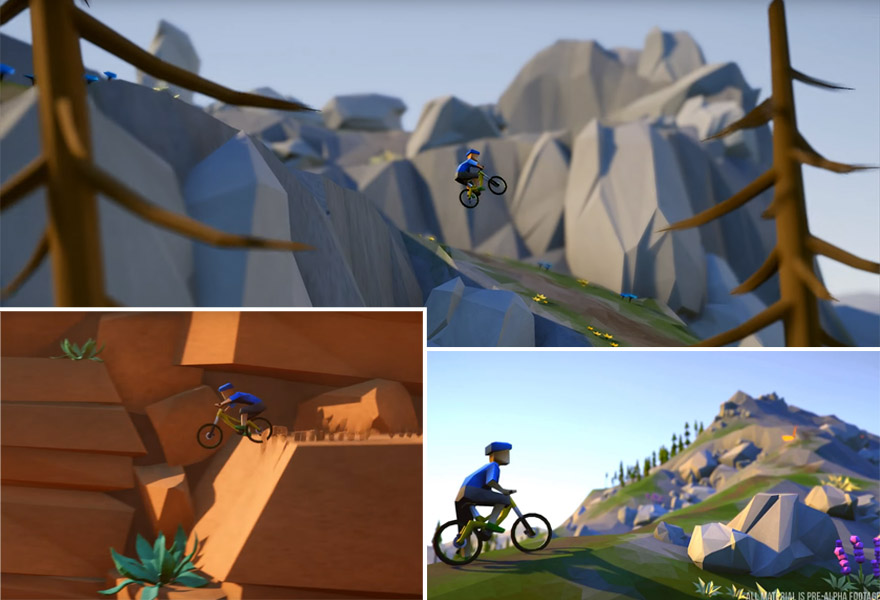 I love the pleasant art style, graphic, simple and yet, it has complexity. A very nice balance.

By the looks of it, a lot of work has been put into the physics, the cars behave differently depending on the type of car and what road surface you are on.

This attention to physics is for me what makes this game stand out from the rest of the top down racing games. Have a look at a few videos and watch how the car is affected by weight transfer, surface, size of the vehicle etc.

Unfortunately, no demo available yet but definitely keep your eyes on this game!

A nature themed sandbox game in which you have the ability to transform a barren landscape into a diverse, dynamic, evolving ecosystem of plants and animals.

Quite a unique approach to this genre, while I feel like I’ve seen similar games, nothing quite like this one. AND – Low poly art style which we all love 🙂 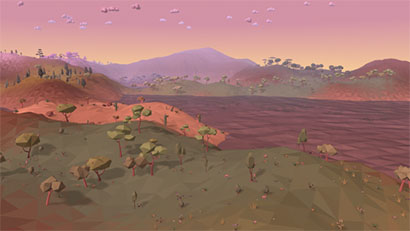 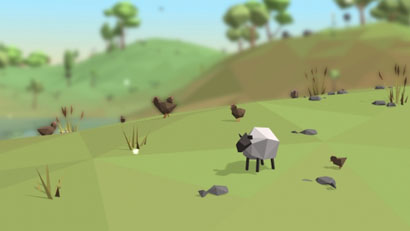 Developed by ThinMatrix (one guy), you need to follow his YouTube channel, it’s one of the best out there with in depth dev logs covering almost everything he does. It’s really awesome that he is putting such a huge effort into sharing so much with the community!

By the guys at Polygon Treehouse over in the UK.

With stunning visuals and an intriguing setting, inspired by scandinavian folk lore, this game so far is looking very promising!

As a Swedish boy who grew up on the country side in the north, this  game nails the visuals! Looking at this game really makes me feel like a kid out playing in the snow during winter again. It gets dark really early during the winter half of the year in Sweden (around 3pm!) so it’s quite natural for kids to be out playing in the dark around christmas time.

The red buildings with snow capped roofs, the eerie forests, it feels really genuine, so hats off for getting that so spot on!

It’s a 2.5D platform adventure game, if that’s your cup of tea, this is for you!

Definitely keep your eyes on this project!

A surreal RPG adventure following Thalia Sullivan, a high strung, anxiety-ridden, comatose woman on a journey to defeat the nightmares preventing her awakening.

You are stuck in a coma and need to go through Thalia’s nightmares in an attempt to wake up, and find out how you got there in the first place. 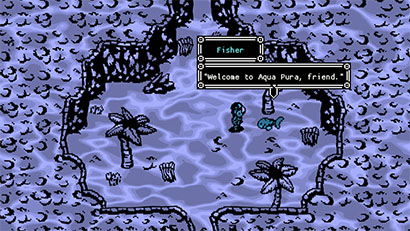 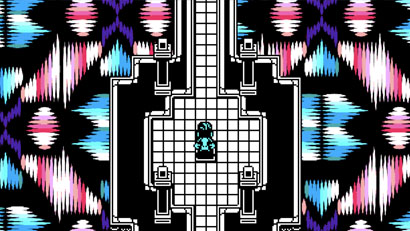 A nice JRPG retro style taking us back to the gameboy/nes/snes era. As a huge fan of Chrono Trigger and those games – I am keeping my eyes on this one.

Developed by Anton Kudin, this is a fast paced shoot ’em up, 2d platform side scroller.

Very active on Twitter with gifs, images etc to keep you included in the process.

Classic twin stick shooter with polished visuals and a snappy look to it.

These guys update their twitter frequently with game mechanics, art and other updates making this an excellent project to follow.

No release date yet but that is OK, we are in this for the journey, not the ending 🙂

Inspired by the movie Waterworld, in this game you collect trash and use it to build up a town floating on top of the ocean.

As a big fan of building sim games, City Skylines, Factorio, Prison Architect, you name it – this sounds amazing to me, a concept like this had never crossed my mind until I saw this game, excellent!

I’m following, and so should you! 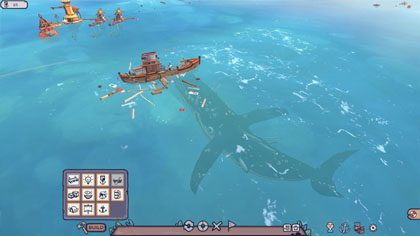 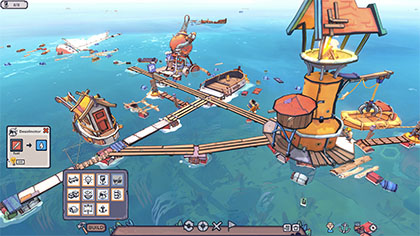 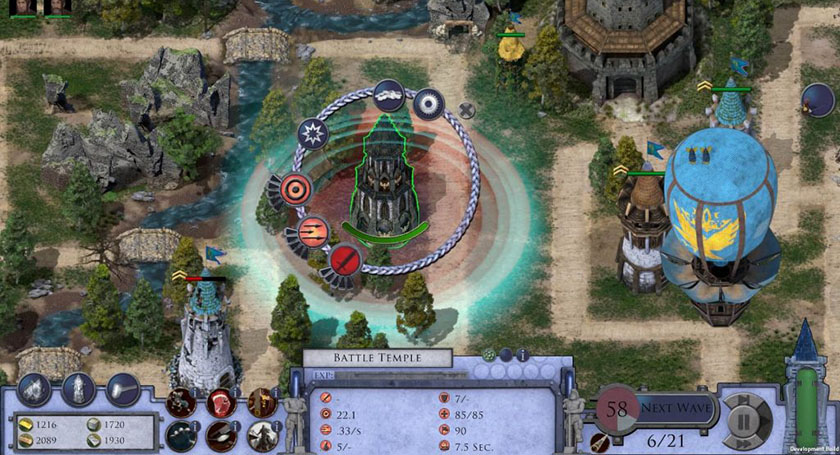 A management game that aims to combine turn based strategy and tower defense, not sure how it will turn out, but it definitely sounds interesting as I am a fan of both genres. But not only does it sound interesting, it looks interesting!

The art style definitely takes you back to the good old days of Age of Empires and Heroes of Might and Magic. What I like about it is that there is not extra fluff, it truly does look like it could be a game from back then, for good and for bad. But hopefully, combined with some fresh game mechanics, this could be a hit.

A good example of a game that pulled this off with a 10/10 would be Factorio, art style being full on retro, game mechanics being something of the future.

These guys are posting updates daily on Twitter with screenshots, videos etc which we love!

Ary and the Secret of Seasons

I don’t want to say too much but.. I am thinking Zelda? Not in a bad way! This game seems to be in a genre that I feel has gotten a bit lost over the years. Children’s games, good ones.

I still wouldn’t hesitate to bust out my PS2 and play Jak & Daxter & The Precursor Legacy, because it was a fantastic game!

But in the later years I feel that developers seem to think that games for children can have a lower quality because kids won’t notice. Nothing could be further from the truth! 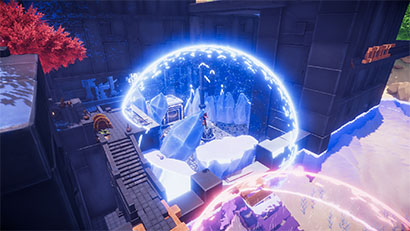 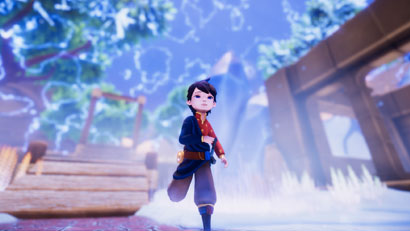 To be fair the latest Zelda game was frickin’ fantastic, absolutely amazing. But apart from Zelda… eh I dunno. Has Mario really been that great since Mario 64?

So! In comes Ary, a bit of a goofy, funny looking style, colorful and bright. Exactly what we expect from the genre.

Not scheduled to release until late 2019, but with regular updates on Twitter, you can follow the development!

A tactical fantasy RPG set in a mystical world with stunning visuals and story driven gameplay you say? Well where do I put my money? Sign me up.

This is exactly my kind of game and I can’t wait to play it. Until then, I’ll be drooling over their twitter feed.

I hope you enjoyed this article!

If you have any indie game projects, or perhaps you are working on your own game, and you’d like to see it on this list – don’t hesitate to get in touch or drop a comment. I am more than happy to add more 🙂

Up next: Best Indie Games You Must Play