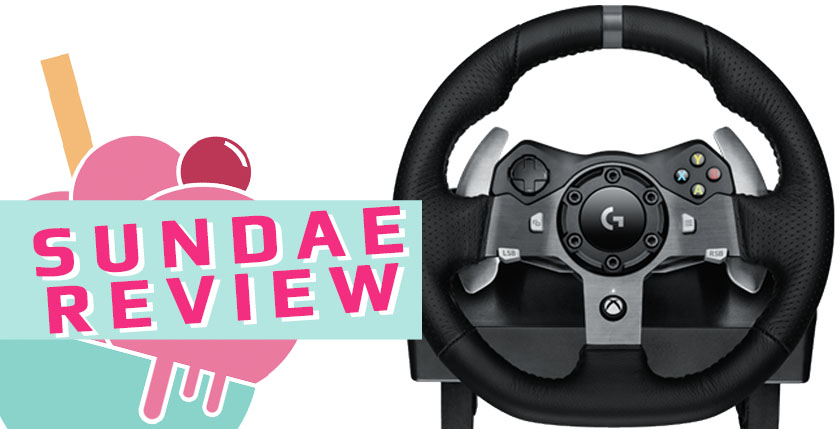 So you want to be a professional race car driver – me too! Unfortunately, it’s not the cheapest sport to pick up.. However, with modern technology, you can become one, all from the comforts of your own couch.. Really! With eSports going the way it’s headed, you might actually be able to become a professional driver!

Let’s start here, why are there two different versions? The main difference is, G29 is for PS4 and G920 is for XBOX ONE.

They also look different – the G29 has some quite questionable colors going on which are not seen on the G920. I prefer the G920 as it looks much cleaner, but that’s just a matter of preference.

Surprisingly – the G29 comes with shift indicator lights, but the G920 does not. It’s quite odd, I don’t understand why they would only feature this on one wheel. Other than that, they are the same.

Ok let’s clear this one up once and for all. Some rumours on the internets say that the G29 is not compatible with PC, this is not true, I’ve tested it and it works just fine. BOTH steering wheels are compatible with PC so if your goal is to only play on PC, feel free to pick whichever wheel you prefer.

So what has changed from the previous G27 released back in 2010? Well, not much really. Let’s take a closer look.

On the G27 most buttons were situated on the shifter making them a lot less accessible – more than often I resorted to using the hand controller for navigation.

They’ve now moved all the buttons over to the steering wheel, which is a nice addition. It’s much easier to navigate the menus now that you have all button right on the wheel.

The old G27 had a brake that felt just like the clutch, you could just push it right down to the bottom. Some people solved this by putting foam or a halved tennis ball underneath the brake to emulate a real brake pedal feeling.

Luckily, this is no longer necessary as it comes progressive right out of the box, a very nice addition.

A less good addition is that the shifter stick no longer comes included with the wheel. It is now sold separately for around $80 USD. This is probably why they moved all the buttons to the wheel itself so they could justify selling it separately.

Apart from that, there isn’t really much else worth mentioning.

While the additions are great, apart from the shifter being sold separately, I would’ve liked to have seen some more improvements considering it’s been a good 7 years since the release of the last wheel.

A wireless feature would have been nice, a headphone jack to minimize cable overflow – or something else cool, I don’t know, I’m not a designer – SURPRISE ME! 😀

If you’ve used the G27 – there will be no surprises here, still using a dual engine helical system, it’s pretty much the same. This is not a bad thing though, don’t fix what ain’t broke. It has a lot of power, feels good an relatively smooth.

Now because it is based on a geared mechanism, you will get a notchy feel to it. Personally, it doesn’t bother me, I find it feels almost like the real thing. I tend to forget about it almost right away when using it and it’s not a deal breaker for me at all.

If you’ve tried a Thrustmaster or Fanatec wheel, chances are they had a dual belt mechanism instead of gears, giving a smoother and quieter experience, which of course, beats the G29 / G920.

However, belt driven wheels tend to suffer from overheating, having to resort to fans to cool them down which tend to get quite loud. Sometimes you might even need to take a break and let it cool off for a bit.

This never happens with the G29 / G920, I’ve played hours on end and have never run into any overheating issues.

The G29 / G920 delivers a powerful, realistic force feedback that will satisfy most racers, only if you are a high end, hardcore sim racer might the notchy feel of the geared mechanism bother you.

The leather upholstered steering wheel certainly gives it a premium feel and a higher level of comfiness you would not get with a plastic or rubber one. It also helps with bringing you a more authentic experience. The grip is nice and feels natural.

Buttons are placed intelligently so that most of them are always within reach and yet, never in the way.

Shifter paddles are attached to the wheel so they rotate along when you turn, making sure you are always ready to shift at a moment’s notice. The paddles are large and are made out of aluminum, contributing to an expensive feel. However, the clicking itself when you shift reminds me of a computer mouse and feels quite cheap to be honest. This is definitely an area where there is room for improvement.

This is where the G29 / G920 outshines all it’s competitors in a similar price range.

Made out of metal and really sturdy attachments makes this a clear winner. The placement feels natural and you will not get closer to feeling like you are in a real car than with this setup. The new and improved brake featuring a progressive system also adds a lot of value. The clutch still feels a bit too linear, but since clutches are so different depending on which car you are driving, perhaps this is for the best.

You do however want to tilt the whole pedal platform up a bit for a more realistic experience, if you keep it flat on the ground you will need to push your feet to an almost un natural position to put the pedal to the metal.

Even if not tilted, you do need to mount the pedals somehow or place a rubber mat underneath. Otherwise they will slide away when you brake.

Well, I get it, it’s an expensive product with tons of intricate details in it and a lot of software behind it that most people simply won’t buy.

But still, given how few things have actually changed from it’s previous version. AND the fact that they took the shifter away from the basic kit. I can’t help but feeling that this is slightly on the expensive side.

I would have liked to have seen more features and improvements OR a lower price. Or at least get the shifter included like with the G27 & G25.

If you are new to steering wheels or have had a more entry level one in the past – this will be fantastic. If you are interested in racing games, you need to get this. It’s hard to describe just how big of a difference a steering wheel with force feedback makes when comparing to a joystick. Once you try it, you can never go back. Ever. Force feedback is a must though so do not consider a wheel that does not have it, it defeats the purpose entirely.

If you are a hard core racing sim fan and want the absolute best experience, you might want to consider a Fanatec or Thrustmaster wheel. Don’t get me wrong, the G29 / G920 is a fantastic wheel, but if you are looking for the best of the best, this isn’t it. However, if you are not ready to shell out $800+ on a wheel, the G29 / G920 will be a solid choice.

If you are a G27 owner, the only reason for you to buy this is if you want PS4 support.

From beginners to enthusiasts, my recommendation is BUY! Unless you are a super duper racing sim fan, then maybe consider stepping up to a higher price tier.

While you don’t need one. I strongly recommend getting one. But try without one first and see how you feel.

You can easily fold it up and put it away in a closet. It’s easy to adjust and will fit any couch, chair or other seating you might be using. And more importantly – it’s super stable, no wobbling or anything like that which would definitely ruin your experience.

For reference, I used a Wheel Stand Pro for this review.

I recommend the Wheel Stand Pro

Similar products from Thrustmaster in the same price range:

Games played for this review:

Get the best deals on your games over at CDKeys.com